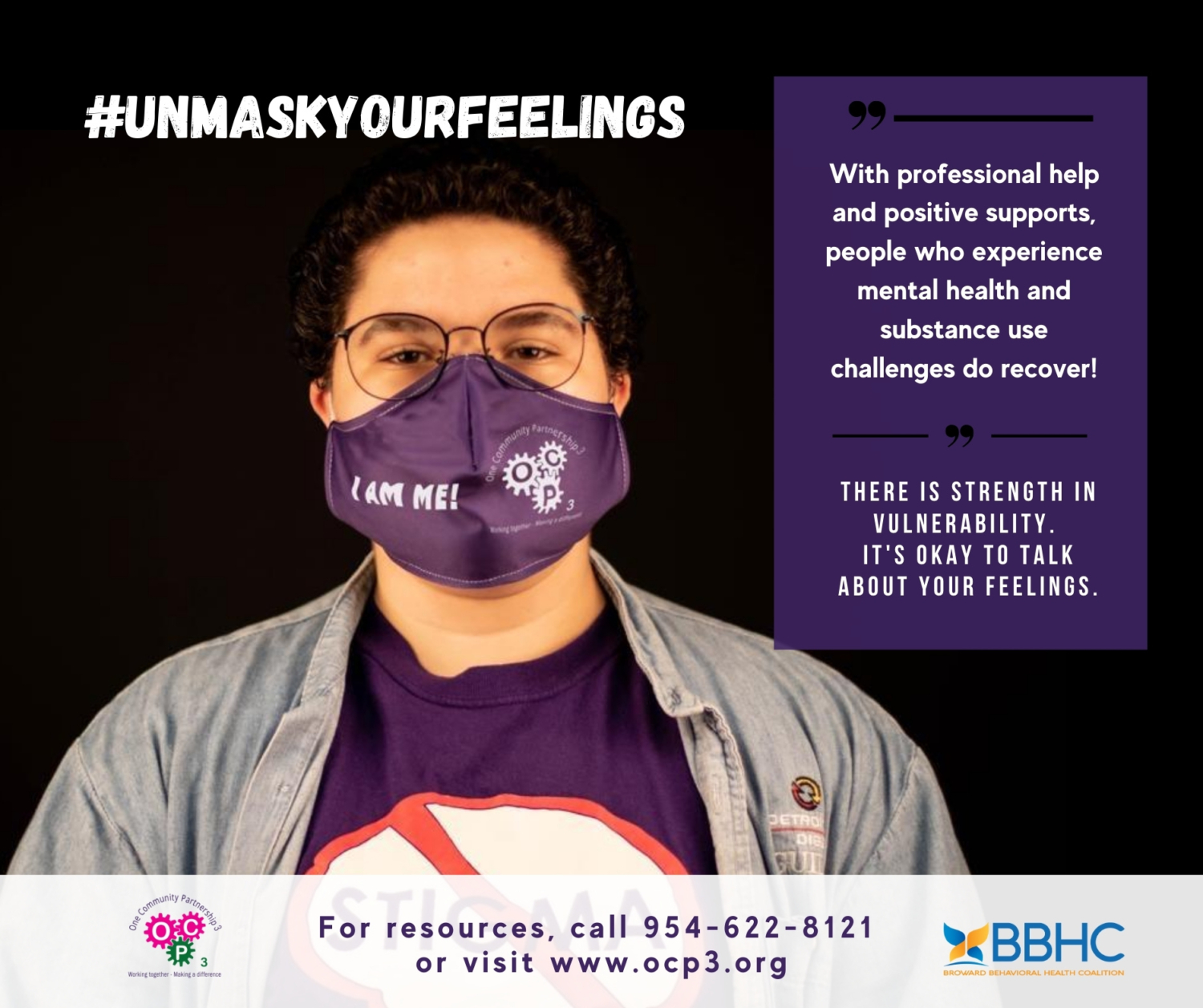 “Ever since first being offered that I could work on this campaign with such a talented group of people who share the same passion as me, I was incredibly ecstatic. Mental health, whether positive or negative has always been such a huge part of my life. With the Unmask Your Feelings campaign, it felt like I was contributing to a greater cause and helping out an organization that believes that mental health shouldn’t be so stigmatized anymore. It’s hard having negative feelings constantly in your head and not feeling like you can talk to anyone, but that’s what this campaign is about. There are people and communities and organizations as a whole that are willing to listen to you and help you through your negative thoughts. Being able to bounce back from such a negative spiral of emotions is truly a talent and it’s hard to be able to do that on your own. Resiliency to me is a trait that people gain from being able to speak upon their traumas and help other people through their own. It’s being able to go through your traumas and know that it’s okay to have trauma and that it’s okay to not be okay some days.

Throughout this whole process, whether it was the focus group or even the photoshoot, I constantly felt like this was where I was supposed to be. During the focus group, I thoroughly enjoyed listening to each participant talk and throw in each of their ideas. I felt like I talked too much because I kept just throwing in everything I thought about so it was fun to see how people reacted to my ideas and then how much I agreed with other’s ideas. During the photo shoot, it was the first time I met those apart of the community in person so it was exuberating to finally meet those I’ve talked to for months online in person! I felt so powerful yet absolutely nervous when I went into the room to take photos but seeing how they turned out it’s still surreal to see my face on a campaign. I’ve gone through so many emotions because of this campaign and it’s all been so positive and accepting that I truly cannot wait to work with these talented groups of people again.”

Flip the Script on Mental Health: This is how WE do it!
Scroll to top